There are many reasons to love Netflix’s “Orange is the New Black”. It’s funny, touching, life affirming and at times even a bit scary; it is set in a prison after all.

The cast is wonderful. Kate Mulgrew is so good as “Red” that I have forgotten all about Captain Janeway (Not a bad thing at all!). She is one of the more complex characters, at once domineering and autocratic but also caring and supportive. Laverne Cox is amazing. A breakthrough role for a trans woman playing a trans woman. It helps that she is drop dead gorgeous but the part certainly isn’t played for that. Again she is shown having her own struggles (At least she has been sent to a women’s prison though, plenty of trans people have their gender completely ignored and are sent to the wrong institution with what I can only imagine are pretty terrible consequences a lot of the time.) 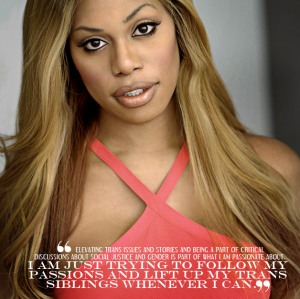 So yeah, watch it! I imagine that quite a few readers already do, it’s one of the most popular shows of the last few years.

The particular scene that made me want to write about it was in an episode we watched last night. The show is obviously very LGBT friendly and has explored Piper as a bisexual young woman, Sophia as a (I think) straight trans woman, and various characters that are along the LGBT spectrum in various places. All have been women. In the episodes we have been watching there have been strong hints of a male same-sex relationship behind the scenes and we had it confirmed.

We had it confirmed in one of the best gay scenes I have ever seen in mainstream TV. It was a tender obviously loving kiss between two grown men. It was beautiful. There was no camp, no sordid undertones (Besides it being in secret). It was a kiss like we have seen for almost a hundred years on the silver screen between a man and a woman, but it was between two men. Brilliant.